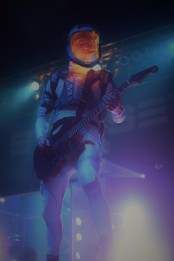 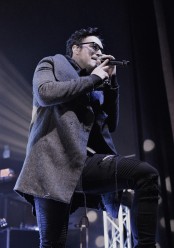 Check out where Starset will be preforming next and click here.

Fans lined up and wrapped around the block in front of Express Live in Columbus OH, early evening on January 20th to get into the sold out show. People came from all over the county to hear Starset’s new record Vessels, performed live publicly for the first time ever. The crowed was peaceful and excited to be part of the special occasion. Their fan base has reached international fame, but they came home to Columbus OH, to give the city that loved them first a big thank you.

This was the best sound, the best lighting, and the best performance we have ever seen from Starset. The band’s attention to visual and audio detail has hit a crescendo. Fans were transformed from singing along with Starset while they played loved hits from Transmissions, to standing in amazement and soaking up the new sound of Vessels. We had a chance to speak with one fan and she said, “I did not listen to the record before the show, so I could go home and relive the concert, listing to Vessels with images of the band preforming in my head.” It’s refreshing to see a band like Starset live up to their potential and nail it. Their stage presence has grown along with the production of a newer and cleaner sound.

We had a chance to speak with Jeff Tweedy from Illinois who has seen the band 9 times and counting with his daughter. Jeff first introduced his daughter, Ashley now age 16 to live music on May 20th 2015, where Starset was opening for Halestorm. Fans like Jeff and his daughter are where it’s at. Stone Age Rock Report is dedicated to the love of live music and the firsthand experiences that the fans share. After all, where would live music be if it weren’t for the people that feel alive when they experience it?

Thanks for taking the time to do a fan interview. How did you and your daughter start following Starset?

You’re welcome, and I love the opportunity to spread the word about these boys, they truly mean that much to my family and I. My daughter Ashley and I went to her very first concert, where Starset was absolutely amazing to us! We became dedicated fans ever since and just did our 8th show in Columbus for the launch of Vessels, as well as the Chicago show last night our 9th Starset concert.

Jeff what makes attending Starset concerts such a great experience for you and your daughter?

We have become quite close with the band, as far as fans go. We communicate with some of them on a personal level and they know us by name. That’s what keeps us coming back. They truly care about their fans, they are always happy to sign anything, or talk to you despite getting bigger and bigger. Most bands these days treat VIPs as nothing more than a revenue stream, that’s not the case with Starset. The band truly appreciates each and every person that spends their money to attend the shows.

You shared a truly unique picture with us. What would you like to say about it?

Of course, every show we attend, we have a photo printed and take that photo to the next show we go to. We have the boys sign it each time, we have 8 so far. I am holding one of the photos in my hand, Dustin came up with the conception photo idea. This is a photo within a photo holding a photo, we are trying to see if we can get this to work. If you can understand what we are trying to do? Not sure I fully do, but that’s what’s cool about our interactions with the band… (Fun Fact: It’s called the Droset Effect and it’s amazing! Rock that fractal geometry Jeff. That’s quite a project, thanks for sharing this artistic collaboration you have going with Starset.) Dustin wants us to keep trying this at the all the upcoming shows we attend. This is the photo from Columbus the night before as you see we did the same thing. We will be taking the Chicago photo to the Alabama show on February 11th and taking the pic again holding this last photo.

Do you two have a favorite band member?

We love all the boys, but Ashley is very Brock centric. Lol

How do you feel Vessels has stacked up to their previous record?

This second album Vessels, rivals if not surpasses the greatness of Transmissions.

Thanks again Jeff and we wish you and your daughter safe travels on your rock adventure! Is there anything you would like to add?

You’re welcome and thanks for asking me to do this. I hope I helped you understand the pull, and appeal of this band. I’m just a guy who loves music and goes to every concert he can. I think I have around 125 – 150 live shows under my belt. I’m a concert junkie!! Lol

The opening acts Liberty Down Deep, Harmless Habit, and 8LB Pressure were full of energy but don’t take our word for it. Check out these cool bands, like them on social media, and always support live music! 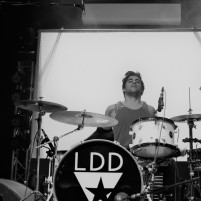 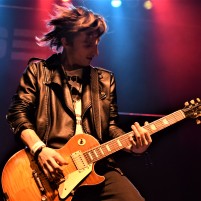 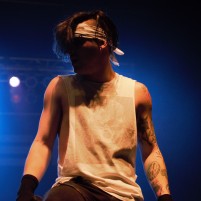 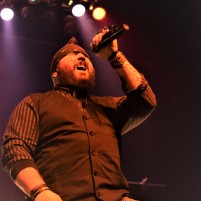